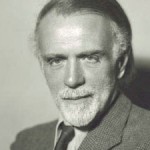 Zoltán Kodály (1882-1967) (pronounced kŏ-dī) was born in Hungary at a time when its language and culture was subservient to German and Austrian tradition. His passion for the rediscovery of the Hungarian spirit resulted in extensive folk-song research. Kodály was an untiring writer, a powerful critic, and a lifelong folksong activist of unrivalled energy. His own musical compositions were inspired by Hungarian melody and folk-lore and works like Háry Janos, Psalmus Hungaricus, and Dances of Galanta have found a home in concert halls all over the world.

Kodály came eventually to embody the artistic aspirations of his own country and is arguably the greatest music educationalist of the twentieth century; the astonishingly high standard of choral singing and musical achievement in Hungary was attained thanks to his innovations and teaching methods. These are the inspiration behind an approach to music education, which has gained world recognition.

“A child who plays an instrument before he sings may remain unmusical for a lifetime. That is why we encounter so many skilful pianists who have no idea of the essence of music.” Zoltán Kodály