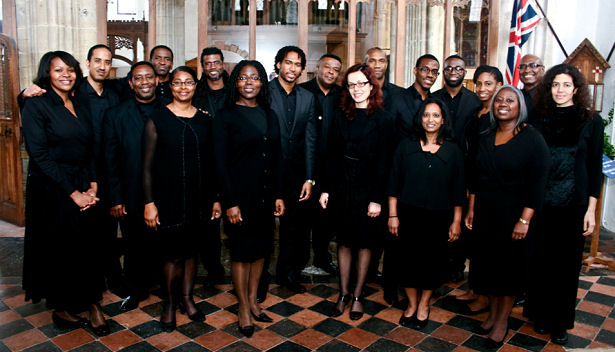 The London Adventist Chorale was formed in 1981, to bring together and develop the latent talents of singers from various Seventh-day Adventist Churches. Its current principal conductor is Ken Burton, who has conducted the choir for over two decades.

The choir’s first artistic director was the late John Tolman, who laid out the vision for the choir: high-standard performance of varied and challenging sacred repertoire, with a heavy leaning toward a cappella music. Fundamental to the original vision was that the choir would be of a standard to “stand before kings and queens”, a statement borrowed from a Bible verse.

Throughout its years, under several directors including Derek Hoyte and Tina Brooks, this dream has been realised; the choir has made a strong impact on the choral world internationally through its moving performances, combining, as one music critic put it, “discipline with fervour”. Its repertoire over the years has included music in Hebrew, African-American Spirituals, close harmony, and Western choral music from Renaissance through to new commissions.

The Chorale’s performances have been experienced by tens of millions world-wide on stage, screen, recordings and radio appearances. The choir has performed in most of the UK’s major performance venues. Among the many notable venues and performance are Blenheim Palace in the presence of former US President Bill Clinton, Buckingham Palace on the occasion of Her Majesty the Queen’s Golden Jubilee, Toronto’s Sky Dome before an audience of seventy thousand, and BBC Proms concerts. Its performances very often receive long standing ovations, and one Times reviewer was so taken aback, he wrote in the newspaper that he had found “the perfect choir”.

In 1994, the choir won the prestigious “Choir of The Year” title, and was awarded BBC UK Gospel Choir of the Year by the BBC a year later. Even to the present day, many of the UK’s choral directors have verbally stated that the London Adventist Chorale has had a profound effect and influence on the UK choral scene. By way of example, it is not uncommon to see the inclusion of African-American Spirituals – a genre which has been almost unilaterally preserved in the UK by the Chorale – on choral programmes and in competition repertoire. The choir has worked in collaboration with a number of notable artists including Bryn Terfel CBE, Sir Willard White, Larnelle Harris, Wynton Marsalis, Wilhelmenia Fernandez and Lesley Garrett.

The choir performs yearly Christmas concerts at the Clonter Opera Theatre and celebrity chef Raymond Blanc’s Le Manoir Aux Quat’Saisons. It has also been involved with the Kijani Kenya Trust which raises funds for HIV,Aids and Conservation projects in Kenya, through a high-calibre music festival and ongoing education programme.

Recordings to date include the debut album “Turn Your Eyes Upon Jesus”, “Deep River”, “Steal Away” (EMI), and “Live In Australia”.