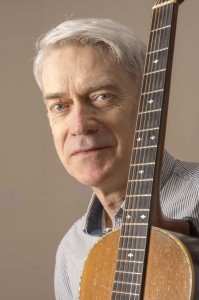 Paul is a professional music educator, composer, singer and song-writer, with thirty years’ experience. As a music educator with Marilyn Tucker, he co-founded Wren Music, which now serves over 30,000 people a year from its base in Devon. He regularly writes articles and gives talks on folk music and education. His dedication to preserving, maintaining and creating traditional music was recognised in 2002 with the award of an Honorary MA in Music Education by the University of Plymouth. He is the course director for the new level 4 Trinity course Certificate for Music Educators delivered by Wren Music.

This talk will take a broad and informed perspective on the perennially ‘tricky’ subject of singing and teaching songs in foreign languages. In a world where English as a language is taken to the remotest corners of the world through internet and social media use, how should we approach the learning and teaching of songs in tongues which are not our own?

There is no question that in the past, perhaps in our desire to promote songs in other languages, we have been cavalier. Many influential organisations singing leaders and publishing houses have approached the understanding of foreign texts with an amazing lack of care and respect. To begin to address this positively and work towards a more genuinely inclusive song culture for our society, we will aim to provide a few key pointers towards building a code of practice.

We want to enjoy singing in other tongues, especially with the possibilities now opening up with new media, but we need to accord the other tongues the basic respect they deserve and that we would want for our own. The talk will contain many ideas which are highly transferable. It is not necessary of course to run a whole project or even a whole concert around this concept, but the sequences of activity can be employed anywhere for anyone wishing to approach a song in a foreign language.

Delegates will be invited to get their tongues round a few tricky sounds from another tongue – from listening to recordings of first language speakers – lots of fun!!

A romp through the timeline of English Folk Song

The talk will take selected significant events over the last half millennium or so, to provide a birds eye view of what we now describe as English Folk Music. Of necessity we will stop a little longer with significant signposts and watersheds.

We will flag the 17th and 18th century European philosophers and writers like Herder and Bishop Percy and their search for national identities. Compare the ballad anthologists and commentators. We will ride around 19th and early 20th century Devon and Somerset with collectors like Sabine Baring Gould and Cecil Sharp. We will find out why latter day collectors were keen to visit working men’s clubs and gipsy encampments and bring things right up to date with the description of new initiatives which are being created through internet resources and public funding. The talk will touch on some scarcely believable truths and may explode some long standing and credible myths and will feature historical musical examples sung live alongside audio from more recent collecting.

We will consider how much or little of this work is being applied to educational situations and how the current scene is one of unrivalled opportunity for music educators interested in bringing forward English Folk song with their young people.

Finally, there’ll be lots of opportunity for discussion and sharing of perspectives on this fascinating and often hidden raft of treasures.