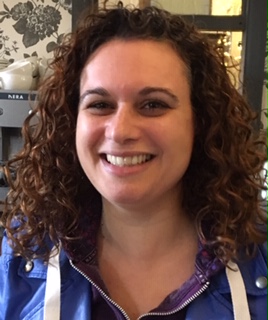 Hannah Grant studied Oboe and Cor Anglais on the performers degree at Trinity College of Music. The degree, of which Yehudi Menuhin was the president, consisted of Kodály taught by Yuko Vinden, instrumental teaching, orchestral studies, chamber music, recitals and conducting. She won the London Mozart Players Prize for outstanding performance, amongst other awards, with her trio.

On leaving college, Hannah continued to play orchestrally and teach Oboe for Hertfordshire Music Service. She became one of the counties oboe specialists, helping lead double reed days and performances. She wrote and implemented her own oboe curriculum which used numerous Kodály principles. She also undertook the performance management of other instrumental teachers.

In 2014 Hannah started to train in and teach class music. A year later she began musicianship lessons with David Vinden and attended her first BKA summer school. She now teaches curriculum music using the Kodály philosophy at two primary schools and for a period at a secondary school. She is constantly delighted in the children’s ever growing musical ability. Last year she completed the Level 2 Certificate Course and will continue to study and teach the Kodály philosophy forever more…!