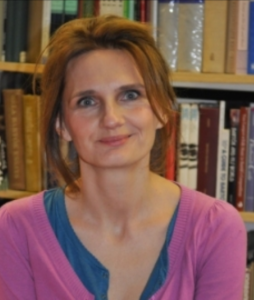 Katalin Körtvési graduated from the Liszt Ferenc Academy of Music in Music Education and Choral Conducting.

Between 1995 and 2010 she was Assistant Lecturer in Solfège, Music Theory, Score Reading and Choir Conducting at the Liszt Ferenc Academy of Music Teacher Training Institute and she worked as the Solfège Teacher of the Hungarian Radio Children’s Choir. She was also the music director in drama and musical performances as well as the conductor at Sure Chamber Theatre, Szkéné Theatre, Jókai Mór Theatre and Jászai Mari Theatre.

Since 2010 she has been working as Artist Teacher at the Zoltán Kodály Pedagogical Institute of Music of the Liszt Ferenc Academy of Music and, as a Music Teacher, Choir Conductor and Kokas Educator, she has held workshops in Australia, Canada, China, Finland, Italy, Ireland, Malaysia, the Netherlands, Scotland, Singapore, South Korea, Turkey, and the USA.

She has also performed as coach and accompanist in several opera and musical companies.